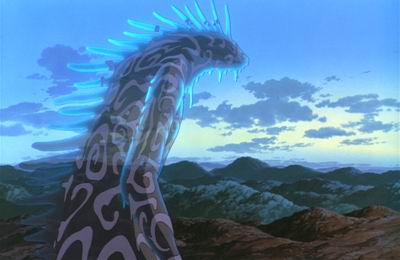 The Governing and Conception Vessels

The Governing and Conception Vessels are the main rivers of the body's Yin and Yang energies.  They are polar aspects of the body, perfectly complementary, like midnight and midday.  They are responsible for the formation of the holoblastic cleavage and the first cellar division of the fertilized ovum in embryological development.

In Chine, Dr. Li Shi Zhen was the first to believe that the Governing and Conception Vessels are two branches of the same source, and inseparable Yin-and-Yang, front-and-back duality.  These vessels connect the uterus with the Kidneys, Heart, and Brain.

Regulating the Conception and Governing Vessels is a priority in Medical Qigong practive.  Along these vessels, the Qigong practitioner draws the Yang Fire and Yin Essence up and down his or her body, fusing the Water and Fire energies together.  This fusion facilitates a Yin and Yang balance throughout the body.

The Governing and Conception Vessels each have two energy flows on the anterior and posterior vertical midline of the body.  Each vessel's pathway is complete, being composed of an ascending energetic flow and a descending energetic flow. The duality of these two medial lines joins at the extremities (the head and perineum), forming one complete circle of energetic current.

Bothe vessels are superimposed on each other, with the energy of the Governing Vessel being predominant up the back and inferior down the front (behind the Conception Vessel); the energy of the Conception Vessel is predominant up the front and inferior down the back (behind the Governing Vessel).

It is important to understand the energetic potential of these two currents flowing in both an ascending and descending direction on the posterior and anterior vertical midline in the body.  The energetic movement of these two currents explains why there are two opposite directions of focused concentration used in energy cultivation meditations.  One direction follows the Microcosmic Fire cycle along the Governing Vessel (up the spine and down the chest) to stimulate the emotional regulation of the acquired mind (Zhi Shen); the other direction follows the Microcosmic Water cycle along the conception Vessel (up the chest and down the spine) to stimulate spiritual intuition and activate the perceptions of the Yuan Shen.

Holding the tongue against the roof of the mouth connects the Governing and Conception vessels, and forms what is known as the Small Heavenly Circle, or the Microcosmic Orbit.

Since the Governing Vessel is the "Sea of Yang Meridians" and it controls or governs the back, the area richest in Guardian Qi (Wei Qi), it is also responsible for the circulation of the body's Guardian Qi to guard against external evil intruders. The circulation of Guardian Qi starts from Fengfu (Gv-lG), and moves down the Governing Vessel to Huiyin (LI-l). It is said that it takes 21 days for the Guardian Qi to flow from Fengfu to Huiyin, and 9 days from Huiyin to the throat, making it a monthly cycle.

According to Chinese medical science, Guardian Qi is Yang Qi and therefore represents the "Fire" of the body. Its quick and ubiquitous circulation keeps the fire going in the body and controls the loss of body heat. Guardian Qi is also inextricably linked with the fluids that flow outside the channels, in the skin and flesh. Consequently, through the breathing (under control of the lungs), Guardian Qi is responsible for the opening and the closing of the pores, and also controls sweating.

The Governing vessel is also responsible for nourishing the five ancestral organs, which include the brain and spinal cord. This is one of the ways in which the kidneys "control" the brain, as is said in Chinese medicine.

Because of their importance to health, the Governing vessel and the Conception vessel are considered the two most important Qi channels to be trained in Qigong, especially in Nei Dan. Training related to these two vessels includes: 1. How to fill them with Qi so that you have enough to regulate the twelve channels, 2. How to open up stagnant areas in these two vessels so that the Qi flows smoothly and strongly, 3. How to effectively direct the Qi to nourish the brain and raise up the Shen, 4. How to effectively govern the Qi in the twelve channels, and nourish the organs, 5. How to use your raised Shen to lead the Guardian Qi to the skin and strengthen the Guardian Qi shield covering your body.

In Nei Dan Qigong training, when you have filled up the Qi in these two vessels and can effectively circulate the Qi in them, you have achieved the "Small Circulation." In order to do this, you must know how to convert the essence stored in the kidneys into Qi, circulate this Qi in the Governing and Conception vessels, and finally lead this Qi to the head to nourish the brain and Shen (spirit).

Course #2: (8). Pelvic region -(9). Descends to the genitals and perineum (10). Tip of the coccyx - (11). Gluteal region (intersects the kidney and urinary bladder channels) -(12). Returns to the spinal column and then joins with the kidneys.

Ren in Chinese means "direction, responsibility." Ren Mai, the "Conception Vessel," has a major role in Qi circulation, monitoring and directing all of the Yin channels (plus the stomach channel). The Conception Vessel is connected to the Thrusting and Yin Linking vessels, and is able to increase the Yin energy of the body. Tbis vessel nourishes the uterus (one of the five ancestral organs) and the whole genital system. It is said in the Nei Jing that the Conception and Thrusting vessels contain both blood and essence (Jing), and both flow up to the face and around the mouth. They contain more blood than essence in men, and thus promote the growth of the beard and body hair. Because women lose blood with their menstruation, they contain proportionately less blood and hence, no beard or body hair.

It was described in the Su Wen that both the Conception and Thrusting vessels control the life cycles every 7 years for women and every 8 years for men. It is the changes taking place in these vessels at those intervals that promote the major alterations in our lives.

In Qigong society, this vessel and the Governing vessel are considered the most important among the Qi channels and vessels, and must be trained first. It is believed that there is usually no significant Qi stagnation in the Conception vessel. However, it is important to increase the amount of Qi you are able to store, which also increases your ability to regulate the Yin channels.